CINCINNATI, OH — Movement Mortgage, the nation’s sixth-largest retail mortgage lender, is excited to announce the addition of Ernest Mendoza as a market leader serving the Cincinnati and Dayton, Ohio, communities. 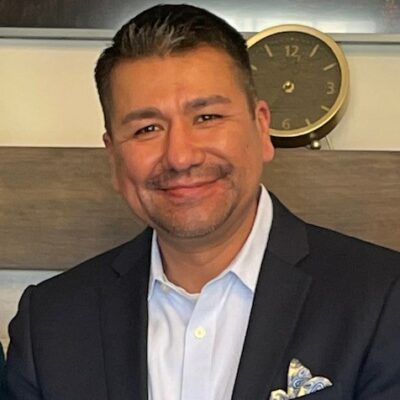 A southern California transplant, Mendoza spent his high school years in Miamisburg, Ohio. “After graduation, I joined the Navy and went on to serve aboard the USS Nimitz,” he recalls. “When I returned to Ohio, I started managing rental properties for my parents. But in 1988, when I was in college, my parents sold their apartment building to a large-scale investor.”

“The firm hired me as a full-time property manager, so I dropped out of college to get a real-life education in real estate,” he says. Motivated to get his license, Mendoza enrolled in a four-week accelerated training course and followed it with Floyd Wickman training to guide him on how to work the phones. “The course was called Sweat Hogs,” he laughed.

Armed with a real estate license and a can-do attitude, he started to buy investment properties. “I wanted to flip houses, but on my second flip, I was offered a position on the mortgage side of the business. I took the job and, as the rates dropped significantly that year, mortgages became my main source of income.”

His efforts paid off. In 2001, Mendoza was named Rookie of the Year. And he’s frequently achieved President’s Club status throughout his career. In 2021, he and his team at Rouff closed over $55 million in volume.

“That level of success caught our attention, to be sure,” said regional director David Colgan. “But it’s his enthusiasm and dedication to serving clients that drove us to recruit Ernest. We’re so excited that he’s joining Movement, and we’re looking forward to serving the Cincinnati market through his leadership.”

Mendoza shares in that excitement. “The culture here really speaks to who I strive to be in my everyday life,” he says. “I’m looking forward to this new chapter being partnered with Movement.”

Married for nearly as long as his career in home financing, Mendoza and his wife live in Miamisburg, Ohio, with their three children — Ryan, 19, Haley, 15, and Noah, 6. The family attends CityGate Church, where Mendoza has served on the parking lot crew, the security team and the board of directors.

Movement Mortgage exists to love and value people by leading a Movement of Change in its industry, corporate culture and communities. Funding approximately $30 billion in residential mortgages annually, Movement is the sixth-largest retail mortgage lender in the US Movement is best known for its innovative mortgage process and referable experience, which begins with upfront underwriting and a seven-day loan processing goal. The company employs more than 4,000 people, has more than 650 branches in the US and is licensed in 50 states. After funding its balance sheet and investing in future growth, Movement’s profits are paid to its primary shareholder, the nonprofit Movement Foundation. To date, Movement Foundation has received more than $360 million of Movement profit to invest in schools, affordable housing, communities and global outreach. For more information, visit www.movement.com.

About the Author: Movement Team

Movement Mortgage exists to love and value people by leading a Movement of Change in its industry, corporate culture and communities. Funding approximately $30 billion in residential mortgages annually, Movement is the sixth-largest retail mortgage lender in the US Movement is best known for its innovative mortgage process and referable experience, which begins with upfront underwriting and a seven-day loan processing goal. For more information, visit  www.movement.com.