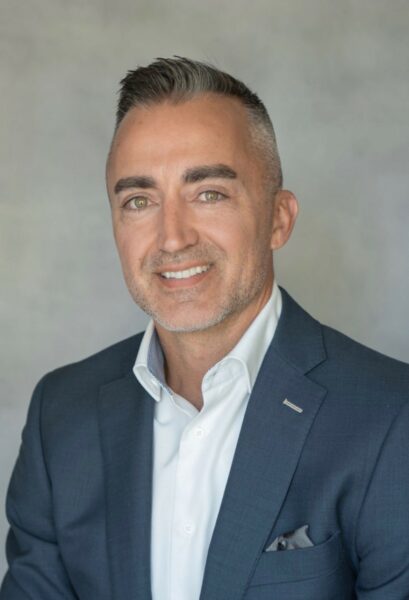 Steadham (NMLS #512879) brings to Movement over 24 years of mortgage industry experience, most recently holding the role of senior vice president/regional manager at Guaranteed Rate. Prior to that, he spent 14 years as a senior lending manager at JP Morgan Chase and over a decade at Bank of America.

Besides the growth opportunities and unlimited potential Movement is known for, what struck Steadham — and eventually influenced him to join the company — is the unique and uplifting culture.

“My wife and I went to the Discovery Day event for potential employees to see what Movement Mortgage was all about, and we were both instantly sold on the values of the company,” recalls Steadham. “While the team does a great job of manufacturing loans, there’s a mission behind the mortgage to love and value people in everything they do. That’s what sealed the deal.”

“Chad is a solid addition to our Movement Mortgage leadership team. His values align perfectly with what we are all about,” says regional director Bart Evans (NMLS #686484). “Chad has many years in the industry in a leadership capacity, and I look forward to serving alongside him!”

A lifelong Texan, Steadham hails from the Dallas-Fort Worth area. He holds a BBA (Bachelor of Business Administration) from Capella University in Minneapolis, Minnesota, and a Masters of Science in Leadership and Change from St. Edwards University in Austin.

“I’ve lived in the Austin area since 2004 and was a single father until I met my beautiful wife and got married in 2008,” says Steadham. “We now have four amazing kids ranging in ages from nine to 26.”

When not working, the family makes time for local sporting events like soccer, football and basketball and vacationing at the beach or in the mountains. When not doing that, Steadham enjoys country dancing and joining the occasional neighborhood poker game.

Movement Mortgage exists to love and value people by leading a Movement of Change in its industry, corporate culture and communities. Funding approximately $30 billion in residential mortgages annually, Movement is the sixth-largest retail mortgage lender in the U.S. Movement is best known for its innovative mortgage process and referable experience, which begins with upfront underwriting and a seven-day loan processing goal. The company employs more than 4,000 people, has more than 650 branches in the U.S. and is licensed in 50 states. After funding its balance sheet and investing in future growth, Movement’s profits are paid to its primary shareholder, the nonprofit Movement Foundation. To date, Movement Foundation has received more than $360 million of Movement profit to invest in schools, affordable housing, communities and global outreach. For more information, visit www.movement.com.