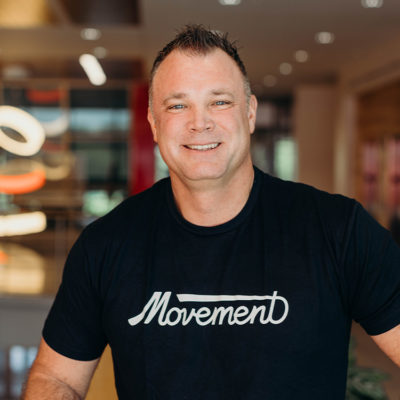 Evans (NMLS #686484) will be responsible for overseeing Movement’s loan production, recruiting and community involvement in the Third Coast Region (Texas, Oklahoma, New Mexico). Since joining Movement in 2020, Evans has led the company’s growth throughout Texas as a market leader based in Houston. Evans has more than two decades of mortgage industry experience.

“I came to Movement because of the people,” says Evans. “I am privileged to work for a company that cares about people, its employees, our clients and the communities that we serve. I strive to always bring excellence to our team and our borrowers. It’s an honor to continue to serve them as a regional director.”

“The current and future Movement teammates in the Third Coast Region have a dynamic leader in Bart Evans!” said Matt Schoolfield, divisional leader at Movement. “In addition to his years of experience and history building the strongest of teams and relationships in our industry, Bart has the heart of a true servant leader. I’m happy for Bart; I’m happy for anyone who is fortunate to do what they were made for, and Bart was made to serve others.”

Based in Houston, Evans is originally from Springfield, Missouri and was drafted by the Kansas City Royals in 1992. He played for the Royals for eight years and also spent two years with the Detroit Tigers. Evans and his wife Heather have two children, Andrew and Abbey.

About the Author: Allison Jones