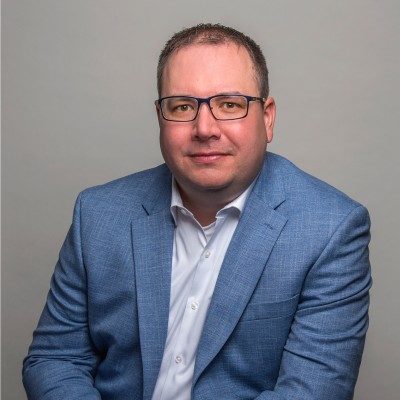 Wilson (NMLS #913789) a Scotsman Guide 2022 Top Originator and HousingWire 2022 Rising Star, brings over a decade of financial industry experience to Movement, most recently generating loans for Wells Fargo Home Mortgage customers. Before that, he spent time on the customer service side of things, where he was, among other things, Assistant Vice President/Branch Manager at PNC Bank. Earlier work experience included eight years at UPS.

“I spent years coaching team members at PNC, but we were not getting what I believed to be a proper conversion rate on mortgage referrals,” said Wilson. Seeing a need to train mortgage professionals, Wilson took the idea to Wells Fargo, who offered him the opportunity to dive into the mortgage business full speed.

“I have a passion for creating change and enjoy taking on new challenges and finding ways to overcome them. Today’s no, is tomorrow’s yes,” Wilson says. “These changes are even more enjoyable for me when I have a team of great people to celebrate them with, and I’m certain I found the team I’ve been looking for at Movement.”

“Jon has made a very strong name for himself the past few years,” said Justin Kozera (NMLS# 1446275), a Movement Market Leader in the region. “He’s grown a team and is one of the top loan officers in builder production. The tools he has here with our top-of-the-line marketing and strong builder division will only expand what he has already built.”

“We are extremely excited to have a loan officer of Jon’s caliber join our team,” says Regional Director Sean Johnson  “He will be integral to our growth in the Delaware and northern Maryland market.”

A graduate of Delaware Technical, Wilson and Angela, his wife of twelve years, have two daughters, 7-year-old Aubrey and 4-year-old Avery. The family has two dogs, Bella & Toby. When asked how he recharges and refreshes, Wilson shared, “My hobbies tend to revolve around the kids, but I play disc golf when the time allows.”