BATESVILLE, ARKANSAS — Movement Mortgage, the nation’s sixth-largest retail mortgage lender, is excited to announce the addition of Market Leader Christy Beagle to its team serving the state of Arkansas. 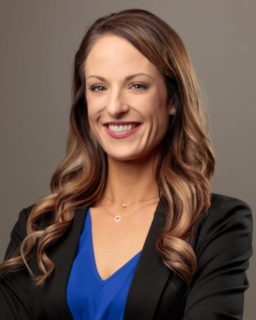 Beagle (NMLS #629666) brings over 15 years of home financing experience to Movement, most recently as the Senior Vice President/Mortgage Department Manager at First Community Bank, where she has been in various home financing roles over her career.

“People have asked why I would leave an employer I’ve been with for so long to come to Movement,” said Beagle. “The answer is ‘the culture.’ From the time that I walked through the doors, I knew that was where I needed to be. It wasn’t about the exact job duties, and it wasn’t about the money; it was about the culture and the mission.”

“Christy brings a lot of experience to Movement,” said David Massey, South Central Regional Director (NMLS 18753). “I am most excited about Christy joining us because she has such a strong passion for serving others. At Movement Mortgage, we are all about loving and valuing others through servant leadership. Christy personifies that with her leadership style and the fact that she is an overachiever. She is currently working on her CMB certification, held by very few people in the mortgage industry. We’re all very excited for the growth we’re about to experience in Arkansas with her leadership.”

A graduate of the University of Arkansas at Little Rock with a degree in Business Administration and Management, Beagle lives in Batesville with her son Brantley, who is into MMA and kickboxing, and daughter Brooklyn, who is active in gymnastics and cheer. Cabela is one of Beagle’s three pets, a dog who has had multiple ACL surgeries and is known as “The Million Dollar Dog.”