INDIAN LAND, S.C. — Movement Mortgage, the nation’s sixth-largest retail mortgage lender, is bolstering the ranks of its leadership with the creation of a new position dedicated to improving diversity and equity in lending across the United States. 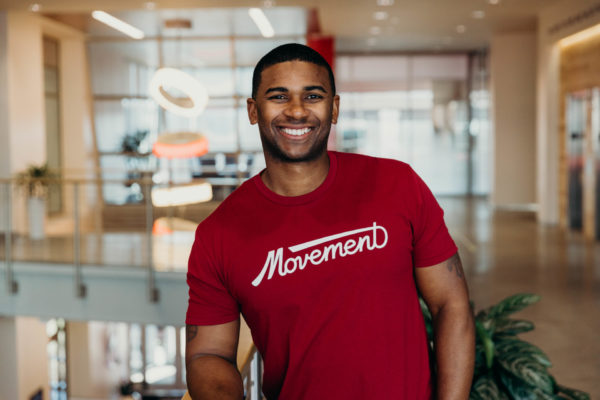 Six-year Movement veteran Montell Watson will step into the newly created role of Director of Diversity Lending & Strategic Partnerships. Watson is charged with advancing and leading Movement’s diversity strategy to address homeownership disparities while improving diversity and equity in lending.

For the past four years, Watson had been Director of Movement Direct, leading and expanding the organization’s direct-to-consumer strategy — concentrating on customer acquisition and developing an internal servicing retention program to support Movement’s retail loan officers.

During his tenure, Watson also helped develop and roll out Movement’s Grab The Key initiative, which focuses on helping bring generational wealth to underserved and marginalized communities through homeownership education and awareness. Before that, he held the roles of Director of Corporate Strategy and AVP of Special Projects.

A graduate of Elon University, Watson holds a B.A. in Finance and Accounting. His experience in the mortgage industry began in 2008, the same year when average U.S. housing prices declined by over 20% from their mid-2006 peak.

“I personally saw many minority families negatively impacted during the financial crisis,” Watson said. “This drove me to want to improve homeownership opportunities for minority communities through educational empowerment.”

Watson attests that his work and life experiences prepared him for and continue to fuel his current passion for bringing equity and generational wealth to minority communities.

“Early in my career as a licensed advisor and loan officer, I didn’t think homeownership was possible for me,” he admitted. “Not because I didn’t have the resources to purchase, but it was more of a mindset about homeownership that held me back from going through the process. It’s a mindset that continues to hold back many people who look like me. I am driven to shift this mindset!”

“There is no person who is more committed and passionate around this need in our industry than Montell,” says Mike Brennan, President at Movement Mortgage. “His dedication and deliberate actions to serve all communities over the years have equipped him to lead at a high level and in this particular role. We are excited to have a dedicated leader committed to this important work in communities across the country.”