ARLINGTON, VIRGINIA — Movement Mortgage, the nation’s sixth-largest retail mortgage lender, is excited to announce the addition of Senior Loan Officer Justin O’Donnell to its team serving the Washington, D.C. metro area, including parts of Maryland, Virginia, West Virginia and other regions on the east coast. 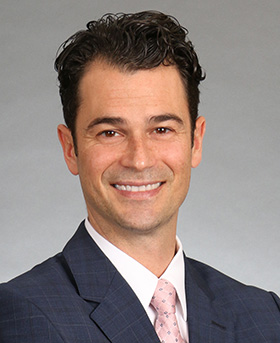 “Soon after college, I knew that I wanted to do something other than work in hospitality,” said O’Donnell. “At the age of 21, I read the book “Rich Dad Poor Dad,” which advocates the importance of financial literacy, financial independence and building wealth through real estate investing. That book influenced me to look into home financing as a career.

O’Donnell began his career in the custom home/new construction department with one of D.C.’s largest lenders and quickly advanced through marketing, processing, underwriting, closing and post-closing departments. He began originating mortgages on his own in 2009.

“I love making homeownership dreams come true, and I’m very excited to be joining a company with values similar to mine and a presence in an area I know so well,” said O’Donnell. “I believe that change is inevitable and 99% of the time, it points you in the right direction. Very happy that’s landed me at Movement.”

“I couldn’t be more thrilled to have Justin join Movement Mortgage in Northern Virginia,” said Stacey Barowich (NMLS# 195048), a Movement Market Leader in the region. “His vast knowledge of the business, his level of professionalism and his exuberance are in line with Movement’s mission.”

Regional Director Sean Johnson (NMLS# 476388) agrees. “We are extremely excited to have Justin join the team,” he added. “He is undoubtedly going to be an incredible team member and leader in this market.”

A graduate of Johnson & Wales University in Charleston, South Carolina, O’Donnell spends free time with his family golfing, surfing and camping. He is a self-proclaimed “foodie” and the author of the book “The Mortgage Maze,” a layman’s term look at the mortgage loan process and what to expect when buying or refinancing a property.